The benefits of installing gutter guard and protecting your property. Bridge Rainwater Solutions are Checkatrade approved and offer free no

Why do we actually need gutters?

Why your gutters are an essential to the structural integrity of your home.

Reasons Why To Hire A Professional To Clean Your Gutters

Cleaning and maintaining guttering is normally the last on your 'to do' list. However to ensure that your gutter system is working efficiently and diverting rainwater away from the house, gutter cleaning is paramount. Bridge Rainwater Solutions offer a professional gutter cleaning service. We find more and more than most households do not own a set of ladders that are long enough to reach their guttering. There are other reason also for why we are hired to clean guttering.

Hope you all remembered to change your clocks this weekend? It much better for us as the days seem so much longer, as we head into summer. Not great though when you have two young children though at home! This is also the time when we all start to think about catching up on those outstanding house repairs. It has been a cold and very wet winter and those long periods of damp weather can really have a damaging effect on your property. Your guttering can become worn and fall

We now offer a ‘cut and drop’ facility to our customers. 🙌🏻 This supply only service means that you can now have made to measure guttering, delivered to you door and ready for you to fit. All seamless aluminium guttering is produced on site, from our on board gutter forming machines. If long lengths are required then one of our vans will come to site and cut and drop the required guttering. It’s that simple! ‼️Make the most of our FREE local delivery‼️ For more informati

Winter  is not far away.  Don’t repair your gutters - replace them! Are you thinking of doing some home improvement s and thinking it’s about time those leaking gutters were replaced? Why not replace them with something you know will last.  A quick repair to PVC guttering can be false economy. If the repair is not done correctly the leak could result in more ongoing serious problems to your property. Bridge Rainwater Solutions prides itself on its 20+ year experience and the

Are your gutters leaking when it rains?

Autumn is here!🍂🍁Time to check that your gutters and downpipes are damage and debris free, before Winter. If you can check that rainwater is running away from your property efficiency and stop leaking joints causing further damage. Call Bridge Rainwater Solutions for a FREE no obligation quote today. https://www.bridgerainwatersolutions.co.uk We specialise in seamless aluminium guttering. Having no joints on the running lengths, it offers a NO SEAM - NO LEAK solution to you 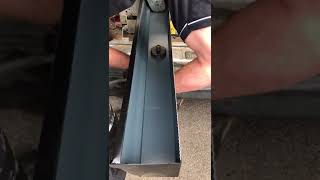 How are leaf trap outlets fitted on seamless aluminium guttering?

Our seamless aluminium guttering is made on site, from our on board gutter forming machine. This enables us to run up to 40 m lengths in one go. Working on site allows us to achieve precise measurements and provides a 'made to measure' service. Being able to run long continuous lengths means that they are seam/joint free and with the invisible fixings we use, it makes for a very neat and attractive gutter system for all styles of properties. Bridge Rainwater solutions have

How is seamless aluminium guttering made?

Seamless aluminium guttering is a roll formed product that is produced using roll forming gutter machinery brought to site in the back of our van. Bridge Rainwater Solutions use an on board gutter forming machine in their van, which allows a roll of aluminium to form a continuing line of guttering which can be up to 40 metres in length. This allows all seamless aluminium guttering to be produced on site, made to measure. This is image is of one of our Ironman Gutter Forming M

For more information contact Trev Hampson. M.0789525713181 With over 20 years experience in seamless and bespoke aluminium Guttering, we are happy to organise an on site visit and provide a free, no obligation quotation. #bespokegutteringmsnchester #GutteringManchester #guttering #gutters #Lancashire #cheshire #PeakDistrict #LakeDistrict

The History of Seamless Aluminium Guttering

In the twentieth century, steel became a popular material for gutters because of its resistance to rotting and its strength. When aluminium became available for industrial uses, it became the popular choice for guttering because of its light weight and durability. Seamless gutters originated in Canada and the USA in 1960. The invention of seamless aluminium guttering changed the situation completely. A machine was developed that held a roll of aluminium, called a gutter coil, 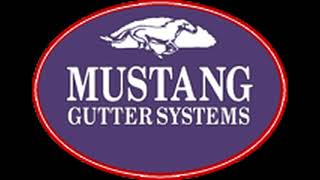 Gutter grid - What is that?

Our gutter grid can be added as an extra onto our seamless aluminium guttering. The gutter grid shields the gutters, by preventing and discouraging the accumulation of leaves within the gutter system. It almost makes our guttering maintenance free! For more information visit our website www.bridgerainwatersolutions.co.uk or call on 07525713181 for a free, no obligation quotation. #seamlessaluminiumguttering #guttergrid #gutters #guttering #blockedgutters #GreaterManchester #

What is Gutter Lining?

Gutter lining provides a waterproof lining to existing gutters, eradicating the need for expensive, time consuming and often disruptive structural work. Guttering lining is a cost effective solution for any site as it works out cheaper than gutter replacement and causes less down time for sites due to the minimal disturbance and faster turnaround times. It is suitable for all commercial and industrial level sites/buildings regardless of size, the existing guttering, the roof

* The size, colour and design of this guttering are created to suit every customer’s individual needs and keeps with the style of the home. * This is all done on site. Bridge Rainwater Solutions use on board gutter forming machines in their vans, which allows a roll of aluminium to form a continuing line of guttering which can be up to 40 metres in length. No seams - no leaks! The seamless guttering has no unsightly seams or joints which gives a much neater appearance and p